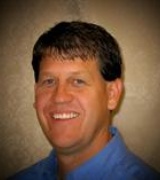 Rick Lunt is D&B Real Estate’s Principle Broker. Rick graduated from Southern Utah University in 1988, thereafter moving with his family to Salt Lake City to work for Sunwood Homes (a development and home building company), which later became Celebrity Homes. This company developed and built 75-100 homes per year. In 1992, Rick received his broker's license and moved back to Cedar City, where he opened Cedar West Realty Group and worked with a homebuilder and developer named Cedar West Development. These companies later changed to Synergy Development and Real Estate. In 1999, he got involved with a commercial development company that was developing an 88-acre commercial property, The Providence Center, and was very successful in bringing in companies like Wal-Mart, Home Depot, Gold's Gym, Applebee's, Starbucks, Chili’s, Café Rio and more to this area. This allowed Rick to become quite involved in commercial real estate and opened many doors. He developed a nice working relationship with Utah’s largest regional theatre company, named Westates Theatres, where he helped them locate theatres in Cedar City, St. George (2), Logan, and Thanksgiving Point. Along with working in the commercial arena, he has been able to return to residential development and construction with a project called Canyon Ridge where he has helped the developer, develop and sell all of the 158 lots. Having the opportunity to work in all areas of real estate during the last 28 years has better prepared Rick to serve all his clients in the Southern Utah area in whatever their real estate needs may be.

Rick has been our agent on more than one purchase and has been terrific to work with. He is very knowledgable about the market. He is wasy to work with and is always upbeat and friendly and was mroe than willing to accomodate our million scheduling requests. I would recomend Rick for both a listing or purchaseing agent - or both. He is fair and easy to work with. Professional in every sense of the word and personal as well. We love Rick!!! We hope he sells a lot of real estate so he dones't decide to leave his day job and find another carrer!!